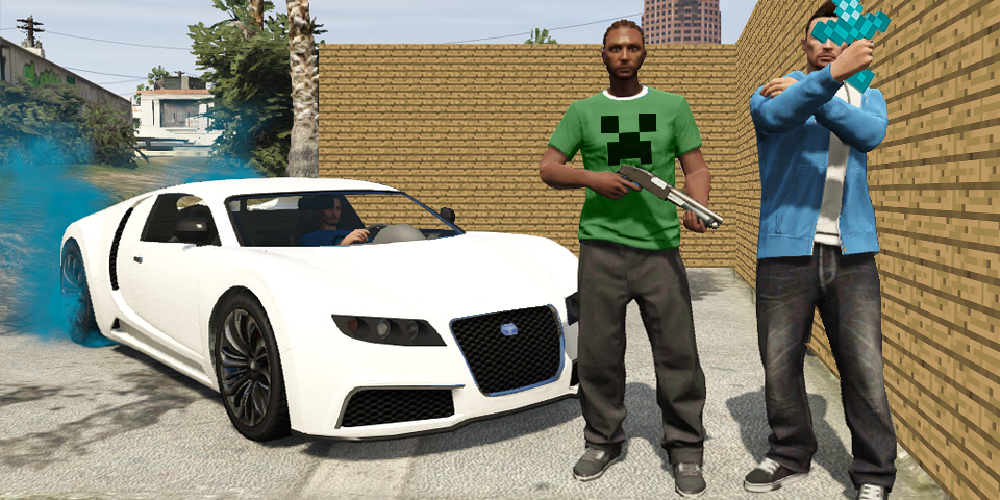 Hold on to you hats GTA fans. It’s about to get wild in here. Rockstar Games has heard your requests loud and clear and has announced it will be releasing a Minecraft update later this year, and we for one are trying to get excited. It just feels like too little too late, you know?

In true punk rock fashion, the Grand Theft Auto series  used to lead the pack by running by rebelling against it only to be followed further and further into the fringes. For example, the series included open worlds from very early on which is now an industry must. It has also never used to wilt away from controversy. The game still honors a long held tradition of allowing a player, should the wish, to make sweet radical love with a woman of the night only to dump her in the river and never call her. So punk rock.

But times have changed and ol’ grampa Auto has lost his edge. The world has moved on into a new age of base building and item crafting, leaving GTA 5 listening to oldies and cracking inappropriate jokes to waitresses when we are just trying to eat for ****s sake. Well not anymore!

In response to an outcry of fans wishing they could play the game, but feeling unable to express themselves, Rockstar has caved like an old old man who got hit by something. Here is what twitter had to say.

“I would have been happy with some simple base building but Minecraft? GTA 5 just got up from it’s hoveround, its a God damned Miracle!”- John of Twitter

He’s got a point there.

“I have been interested in playing GTA 5 for so long. Thrilled they finally thought of the fans instead of being so distant and acting like we ruined the world. YOU TANKED THE ECONOMY! Get off my back old man!” – Maurice of Twitter

“I get so sick of GTA 5 acting like I don’t want to grow up or work full time. I am up to my neck in student debt, working 2 full time jobs, and even I have managed to find to build a base outside of my appartment building” – Lizbeth of Twitter

Sounds like people are pretty pumped. Let’s all just pray they get this right and don’t grandpop it up or something. I mean Jesus Christ, dude.